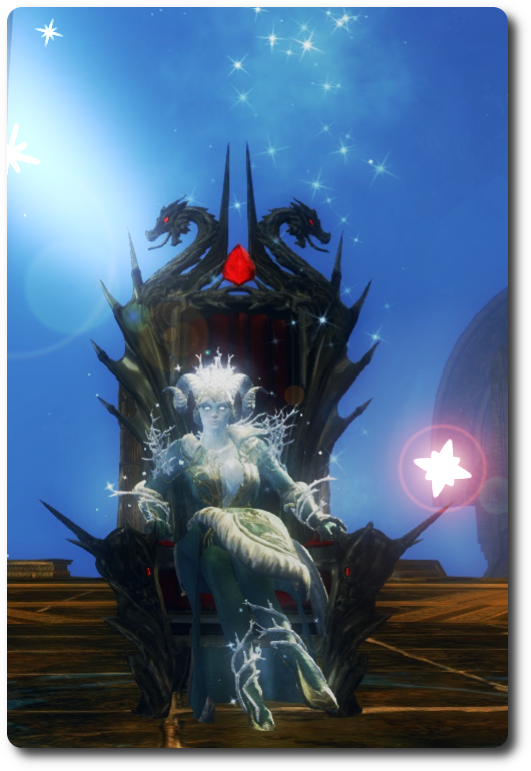 The Ice Queen has chosen their Ice Dragon 2019: tyger

The screenshot contest has been won by Korenos. The shot can be found in the gallery. He won with this beautiful shot: 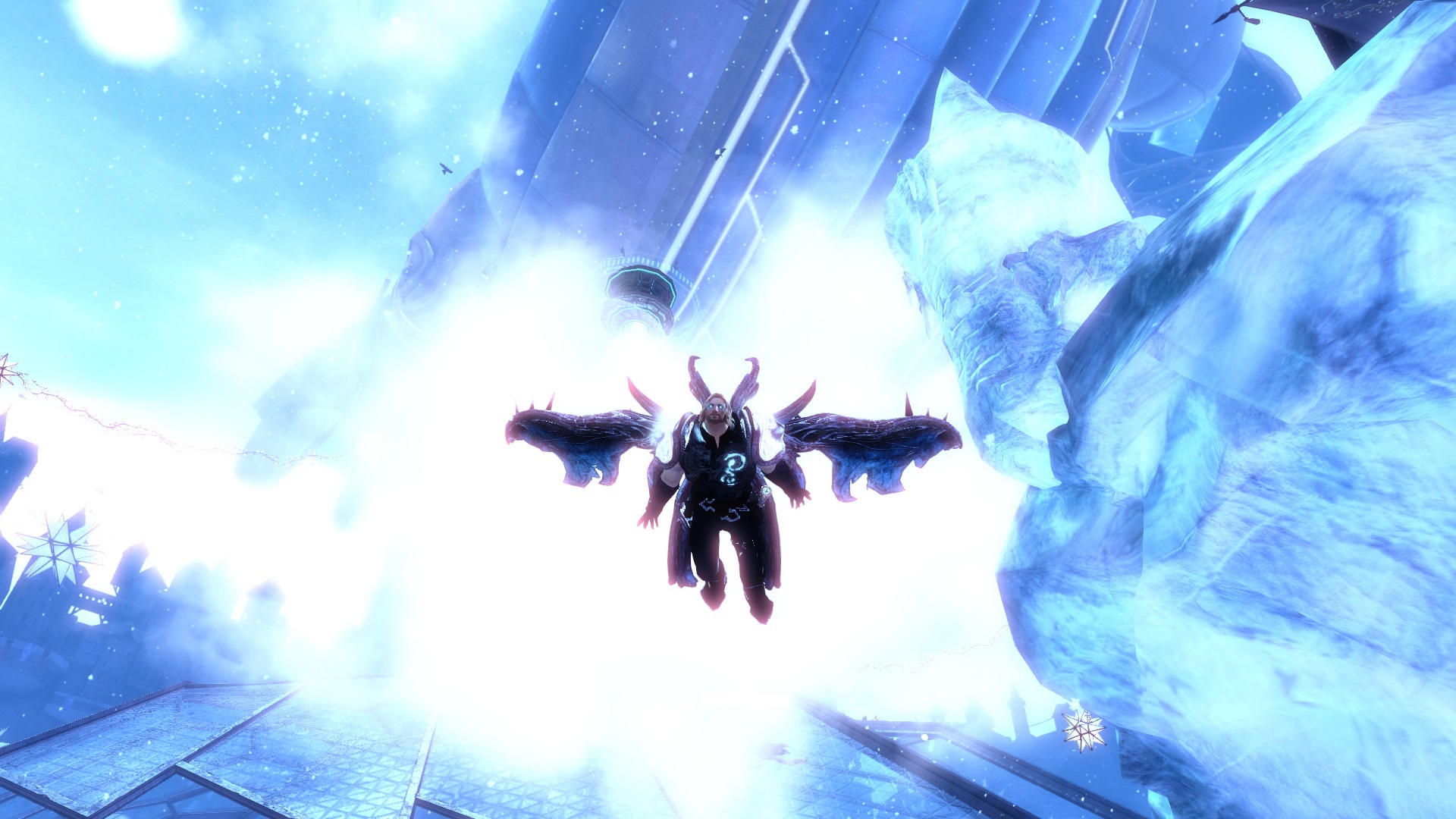 The second challenge, completing the Windy Caves mini dungeon, was attempted by 4 participants – Korenos, Ereschkigal, hexe and tyger. Ereschkigal won so fast I could barely log my character that was waiting at the end! Here’s a shot of us! 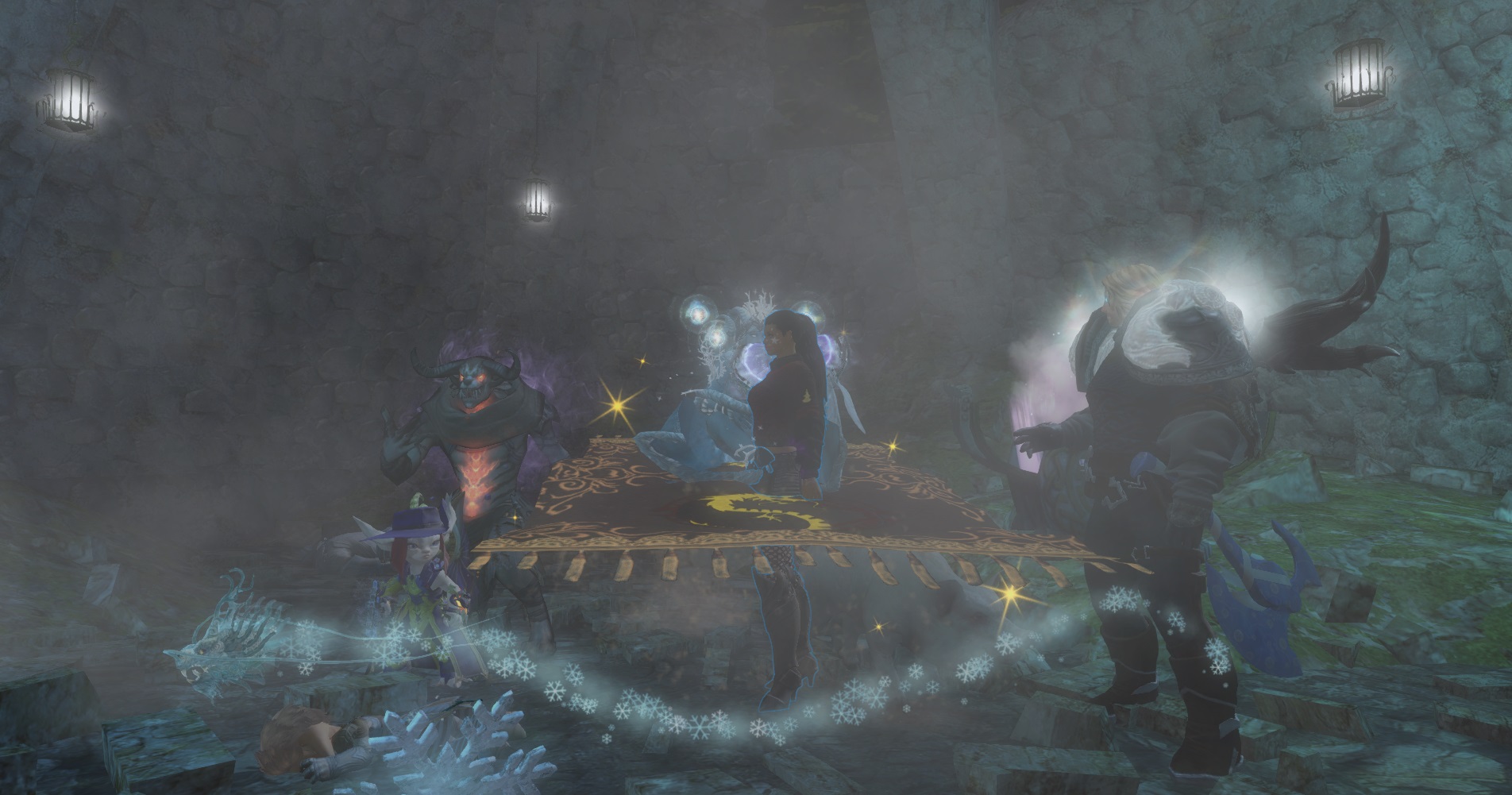 RIDDLES & WINNERS
1. Last I was added, least have been used. Through me, past existence and new things were fused. I am considered the latest, the best; but try not for me if for money you’re pressed. – Scribing -> Winner: None
2. I knew what I wanted, I did what I could. In all major cities, even Lion’s Arch I have stood. I came for a purpose, I fought for a quest; despite my demise put them all to the test. – Scarlet -> Winner: Ereschkigal
3. Frustration we cause, players we taunt. Those who attempt us and fail we will haunt. We’re always there but rarely enjoyed, for many a wish we have destroyed. – Jumping Puzzles -> Winner: Ereschkigal
4. Though found in one’s pocket I rarely am kept, deletion of me from one’s bags won’t be wept. I’m older than you, in the game at least, for my existence was known way before I was released. – Hall of Monument Portal Stone -> Winner: tyger
5. A long time ago considered expensive, was only obtained by those smart and offensive. A change made me bound from a char to account, increasing my price by a significant amount. – Commander Tag -> Winner: tyger
6. Hours upon hours players stood in fear, while I killed them and those they held dear. Years ago that was, of course, for now I’m considered a minor force. – World Boss -> Winner: None
7. Every year I return again, I drive people crazy and yet they’re a fan. I’m one of the highlights for many each year; for I signify times and symbols they hold very dear. – Special Event -> Winner: tyger
8. Worlds I move and worlds I bring, since the days of old I’ve been ruled by the king. The king of course changes depending on the block; the one that shows where the fighters all flock. – WvW -> Winner: Ereschkigal
9. I’m a gem in this world and a gem in this life, for I can make you into husband and wife. Not only that though, I truly am rare! Through me you get all, from a pet to a chair! – Gems -> Winner: tyger

The Poll Results can be found here: https://forum.uncanny-legion.net/topic/31-vote-for-the-ice-dragon-2019/

We can see it was a close draw between tyger and Korenos, however the Ice Queen has voted in favor of tyger due to his undying commitment to the growth and maintenance of the community. Korenos shares many of these traits, but this year’s choice has fallen on tyger!

ALL HAIL OUR ICE DRAGON: tyger 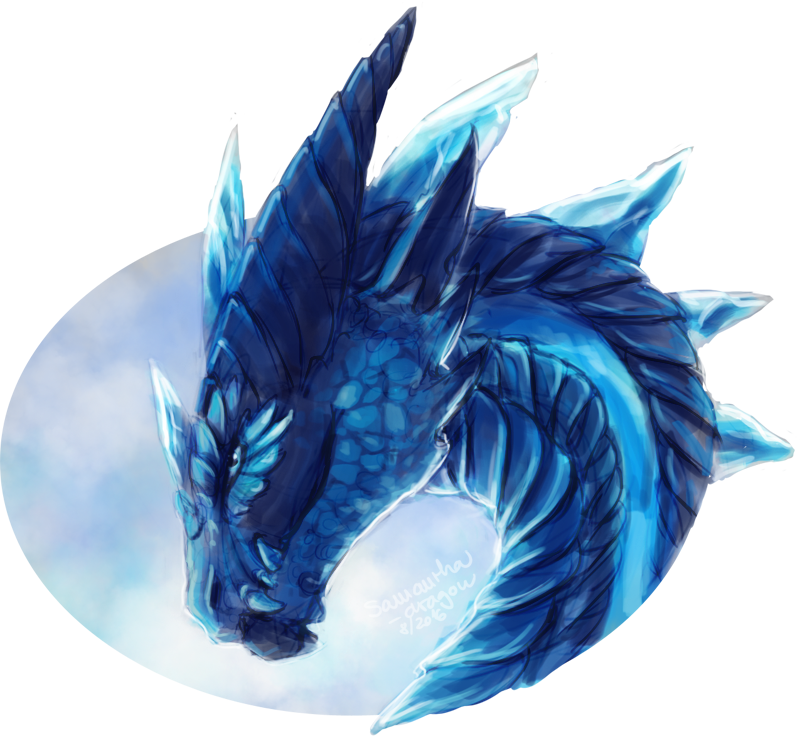